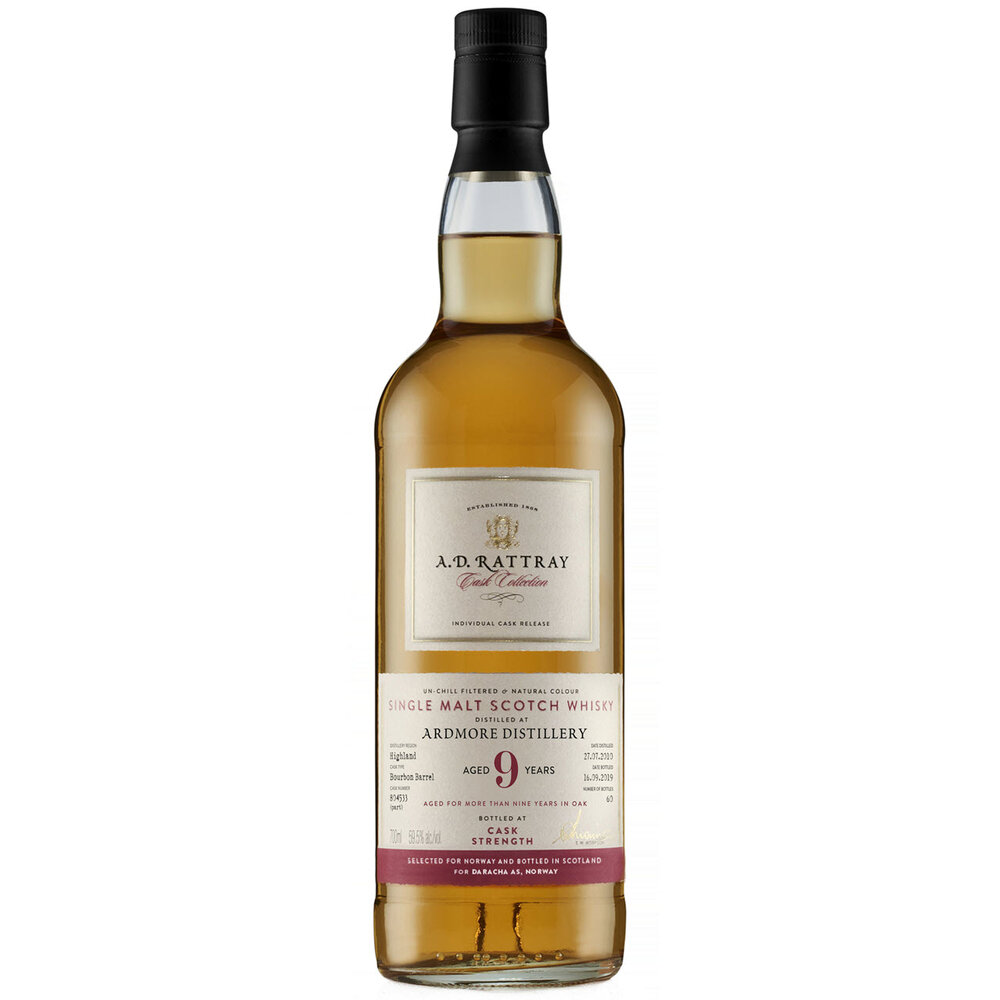 It is not very often I get to review whisky from Highland distillery Ardmore . This is predominantly a peated whisky, which is not all that common in the Highland region. This particular expression, the Ardmore 2010 9 YO, is released by independent boittler A.D. Rattray. It is a part of a single cask (so not a full cask) bottled exclusively for their Norwegian importer Daracha.