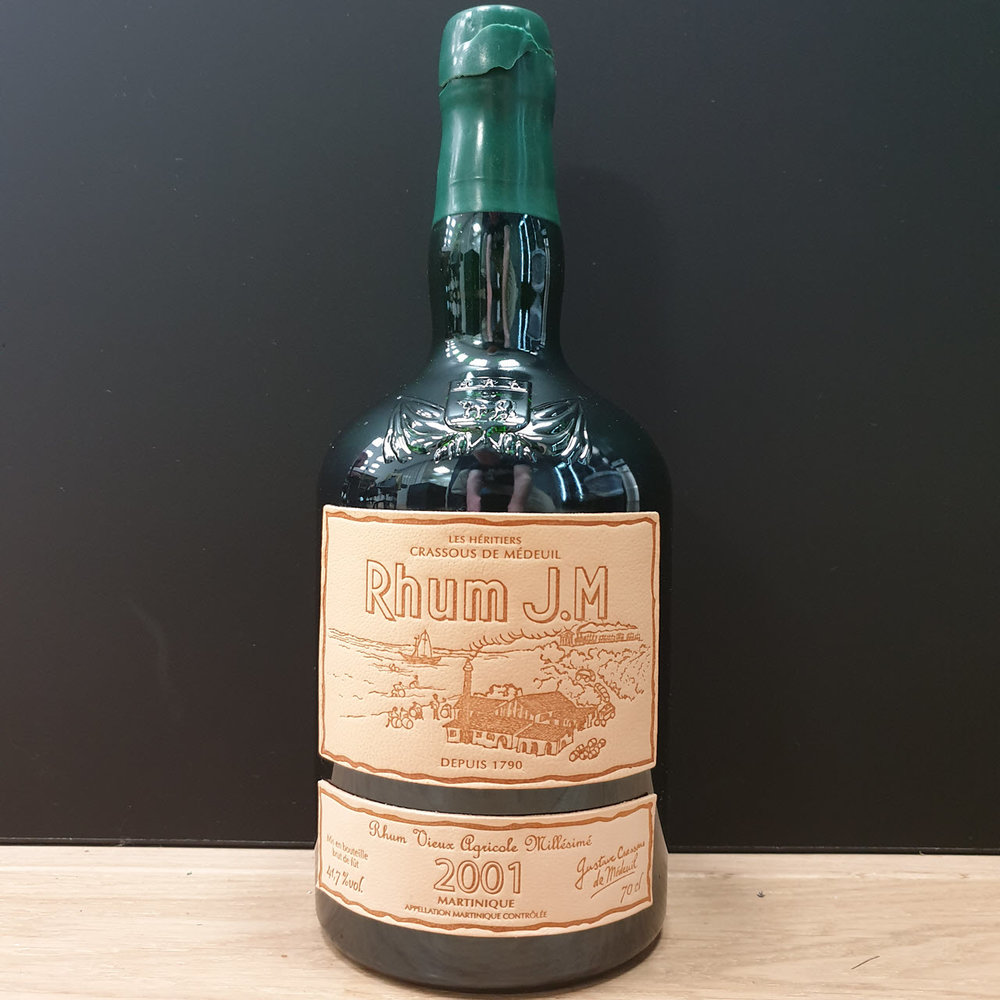 There’s a massive release of old and fine spirits in Norway this Friday. I have therefore tasted numerous cognacs and rums. Today I review one of the rums, the Rhum JM Hors d´Age 2001. This is a 15 year old rum from Martinique. 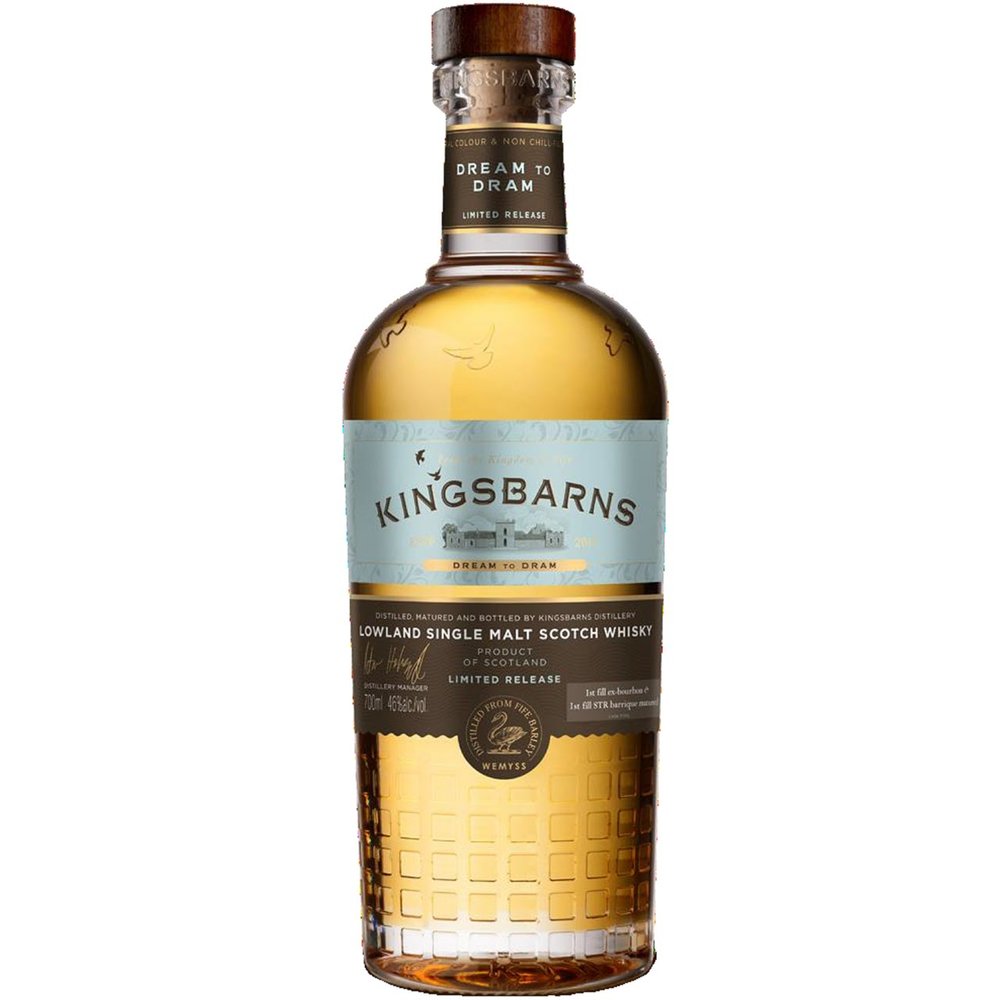 The Kingsbarns Dream to Dram is the first readily available product from the Wemyss Malts owned Kingsbarns Distillery in the Lowland region of Scotland. It was launched on januari 25, 2019. You can Läs mer about it on the official webpage here .

This whisky has been matured in a mix of 90 % 1st fill ex-bourbon casks and 10 % 1st fill STR barriques (wine casks). STR is an abbreviation for shaved, toasted and re-charred.

The Kingsbarns Dream to Dram will be available in Norway on Friday juni 21 at NOK... 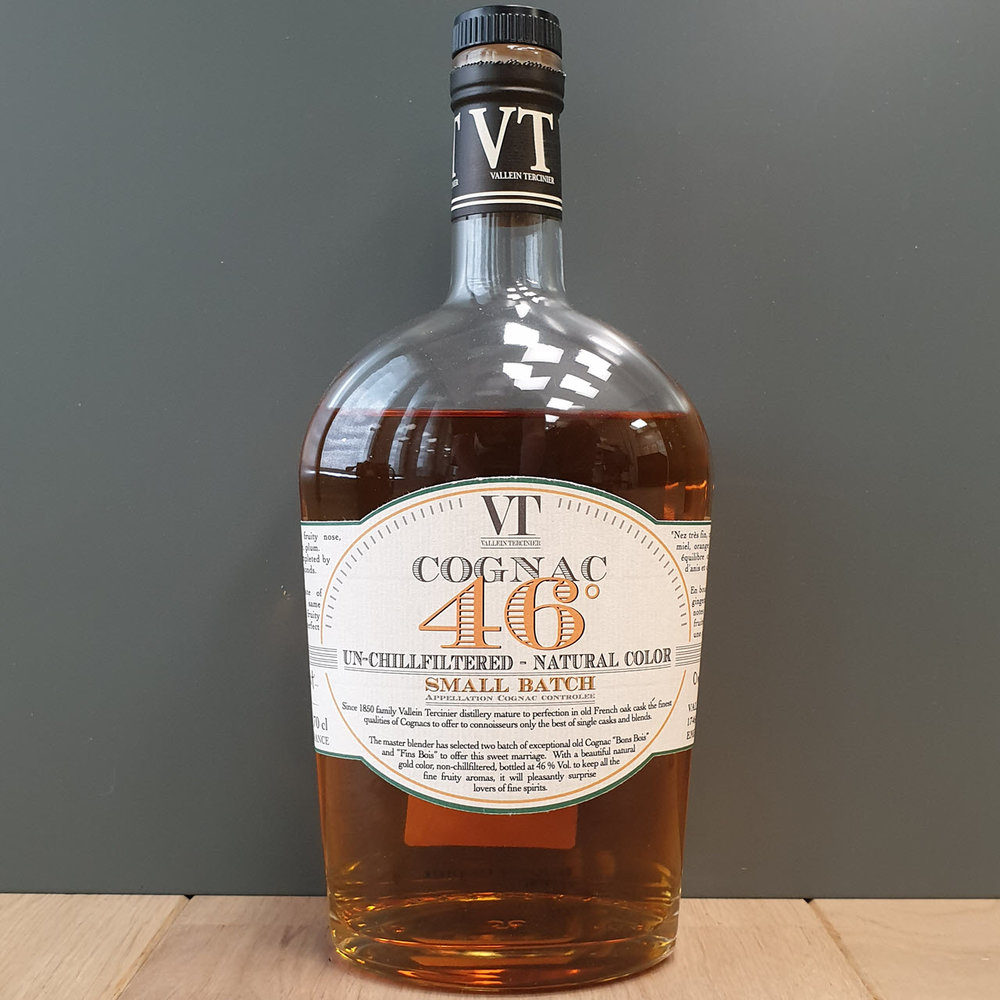 Bottled at 46 % Vol. with a beautiful natural gold colour, non-chillfiltered to keep all the fine fruity aromas of this sweet marriage between selected old cask of exceptional 25 years old Cognac “Fins Bois”... 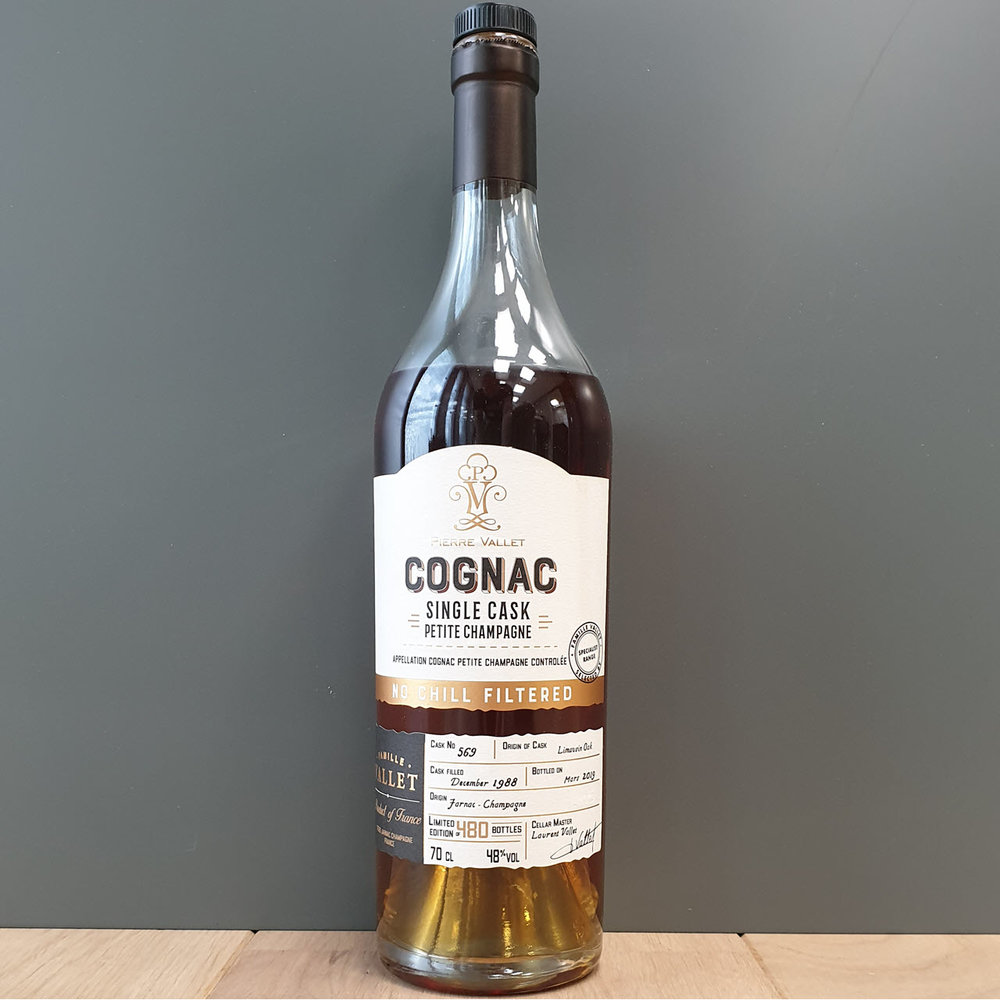 This will be the final cognac review from me for a while. I need to get back to more whisky. But first this Pierre Vallet Single Cask 1988 #569. Again a cognac that is presented much as a single malt; it is a single cask, bottled at a higher ABV of 48 %, no colouring or chill-filtration. The cask (cask #569) was filled in december 1988 and the cognac was bottled in mars 2019, with a total outturn of 480 bottles.

This is a Petit Champagne cognac from Jarnac -... 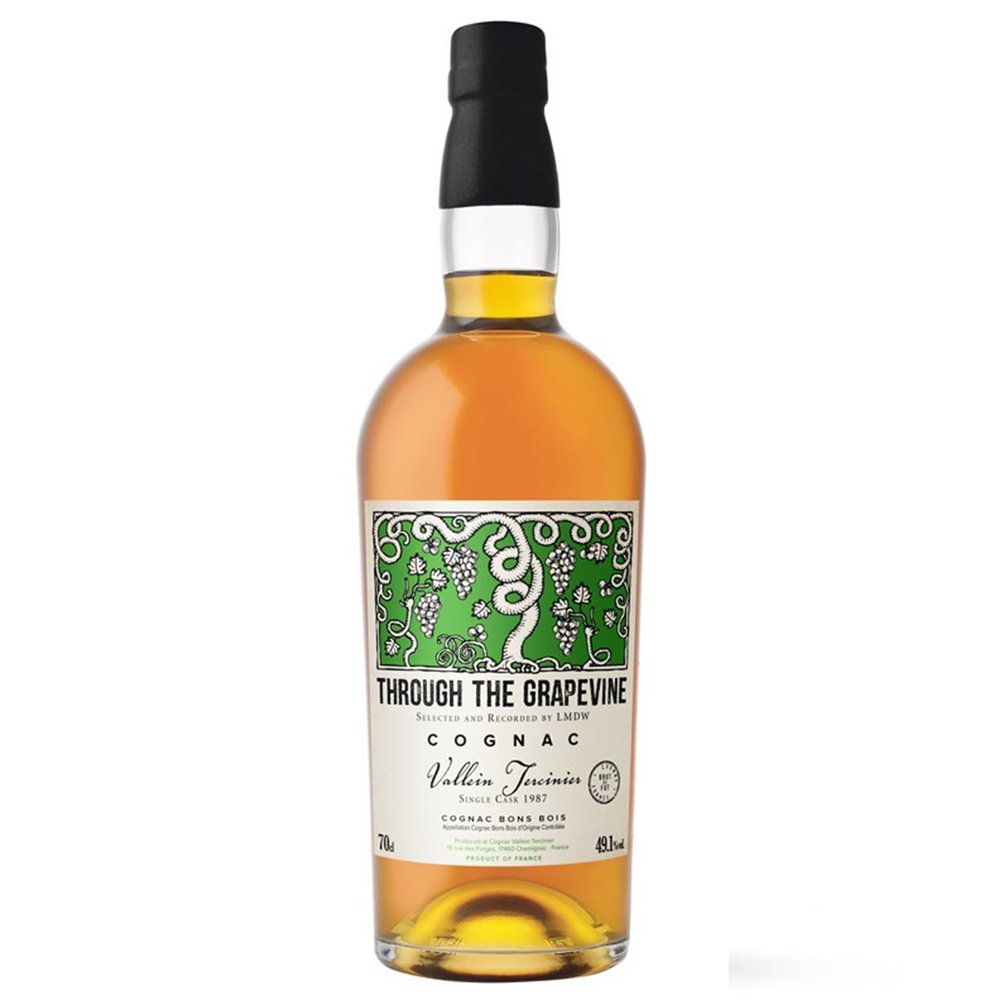 The Vallein Tercinier 1987 Single Cask TTG 3.0 is an exclusive bottling for La Maison du Whisky (LMDW) , and is released under their series Through the Grapevine (TTG).

This is the kind of relase that truly warms a whisky lovers heart. It is a single cask, cask strength release. No colouring, no chill-filtration. The way it should be, right?

There is a ton of history surrounding Vallein Tercinier, as with many cognac houses. The family bought the Domaine des Forges estate in 1791 and started selling their cognac... 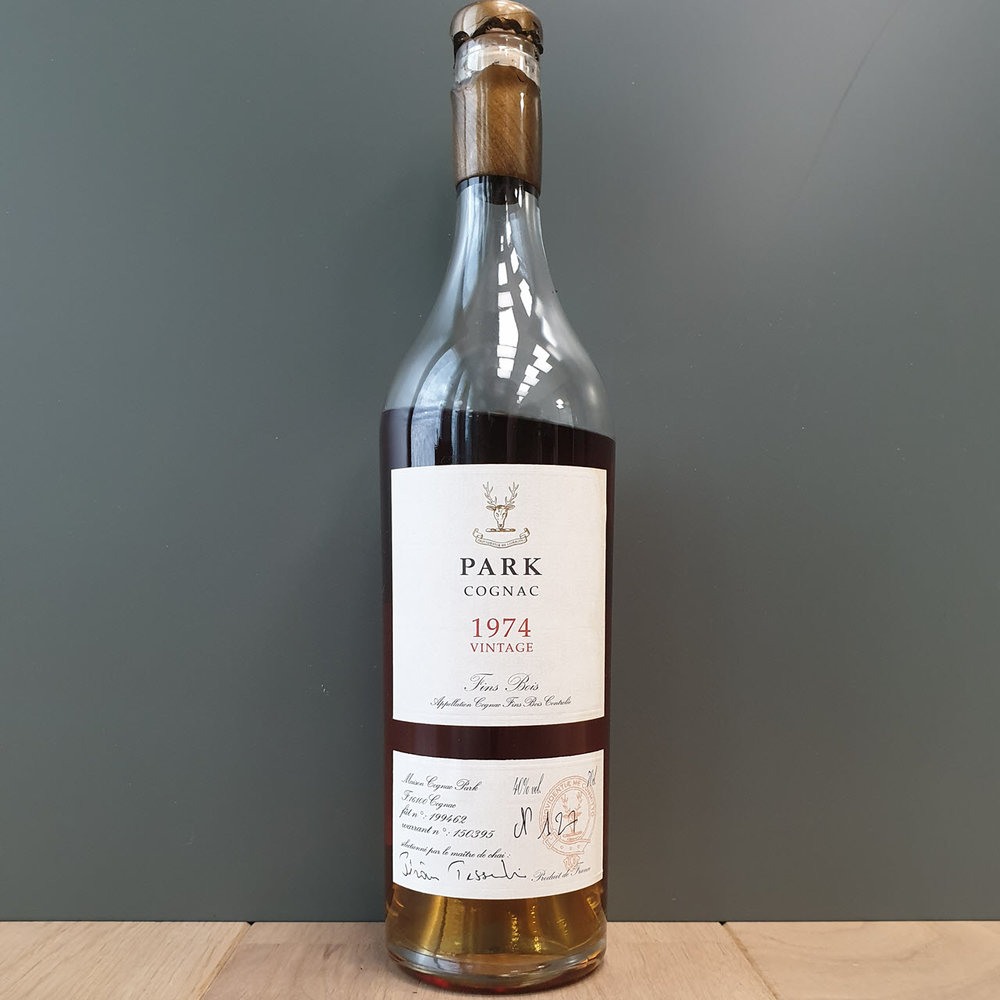 I continue my little cognac adventure. Please bear with me, I will get back to tons of lovely whisky very shortly!

The Destillerie Tessendier Cognac Park Millesime Fins Bois 1974 is an old cognac, although a specific age is not stated. The back label states that this is a release limited to 344 bottles, which I assume to mean it is a single cask. You can read up on the company Destillerie Tennsendier & Fils here .

The Destillerie Tessendier Cognac Park Millesime Fins Bois 1974 will be available in...

Scotch to be matured in new cask types 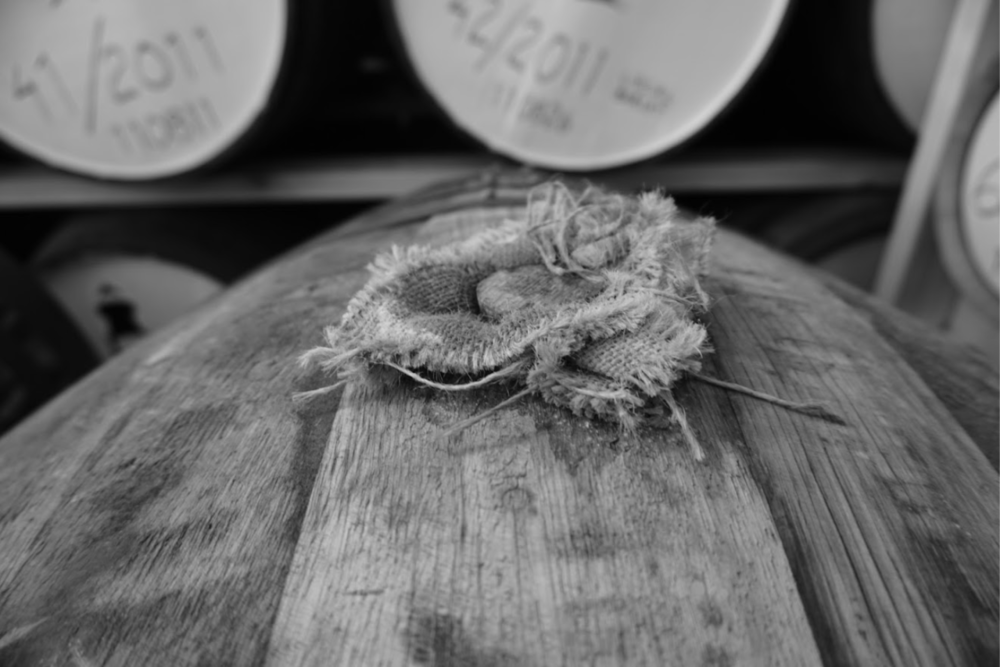 The Scotch Whisky Association (SWA) have now amended the Scotch Whisky Technical File (update not yet online though) to allow more types of casks for maturing or finishing Scotch whisky.

The amendment is as follows, as reported by scotchwhisky.com:

The spirit must be matured in new oak casks and/or in oak casks which have only been used to mature wine (still or fortified) and/or beer/ale and/or spirits with the exception of:

- wine, beer/ale or spirits produced from, or made with, stone fruits - beer/ale to which fruit, flavouring or sweetening has been added after fermentation - spirits to which... 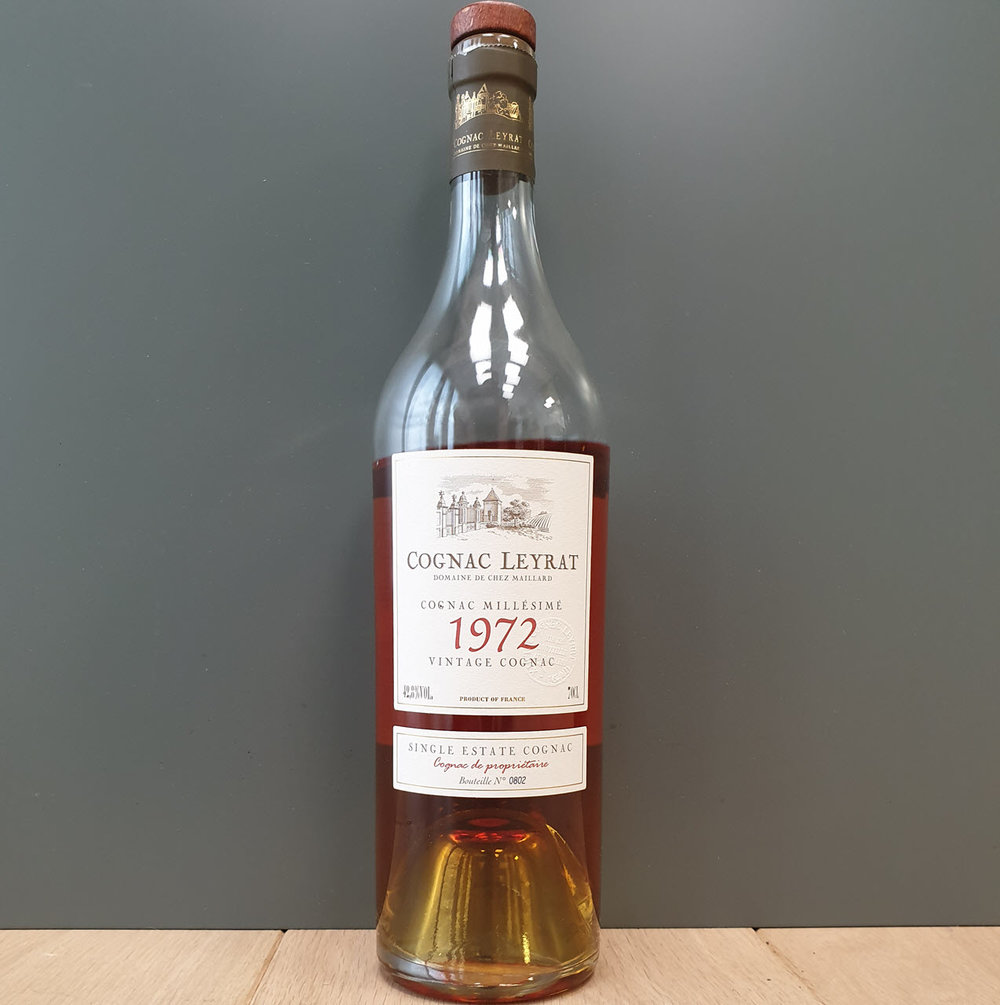 Another old cognac under review today. The monopoly online store states that this Cognac Leyrat 1972 Vintage has been matured for 40 years, which I guess means it was bottled in 2012 or 2013. It is also stated that this is a single cask, but the back label tells a different story. It is a small batch - a small number of 250 litre French oak casks (wood from the Limousine forest).

As a whisky lover I find it a bit amusing to read that 350 liter casks are considered... 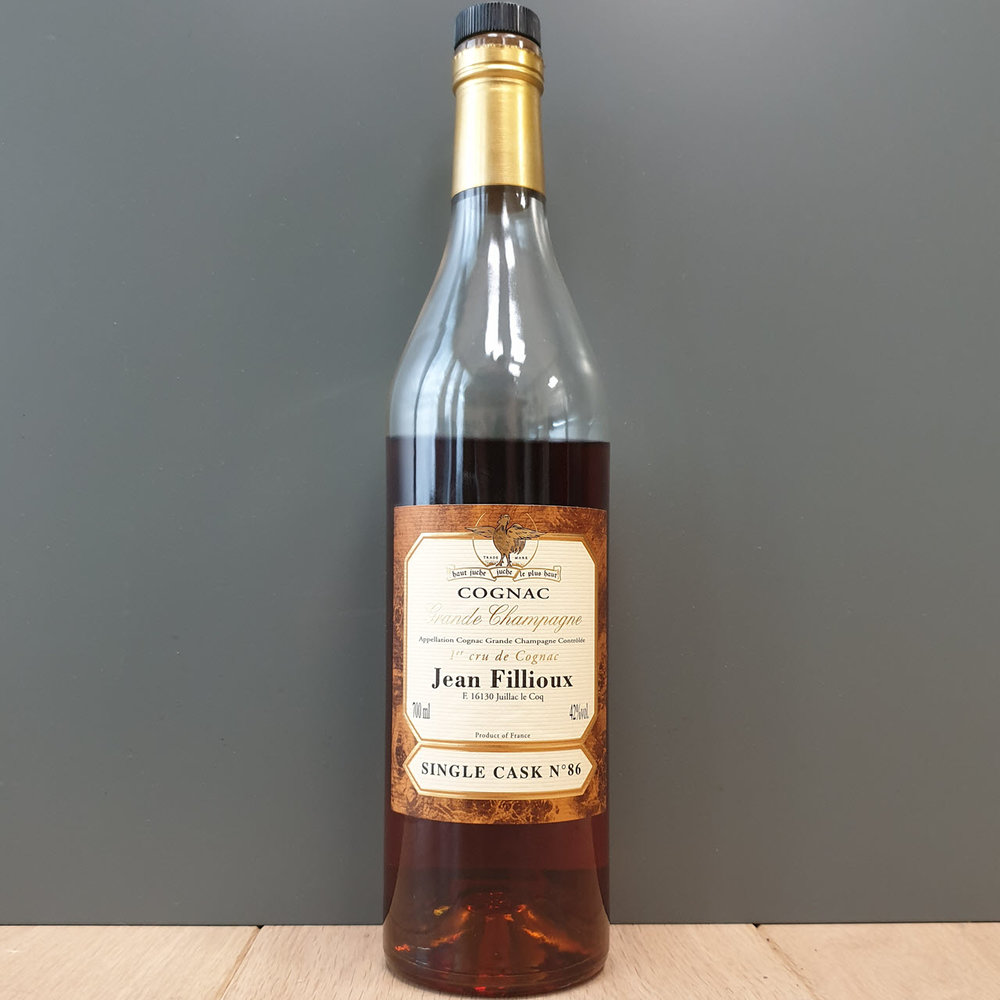 I love the fact that we now see more and more cognac released in the same manner as with whisky; single cask releases, sometimes even cask strength. 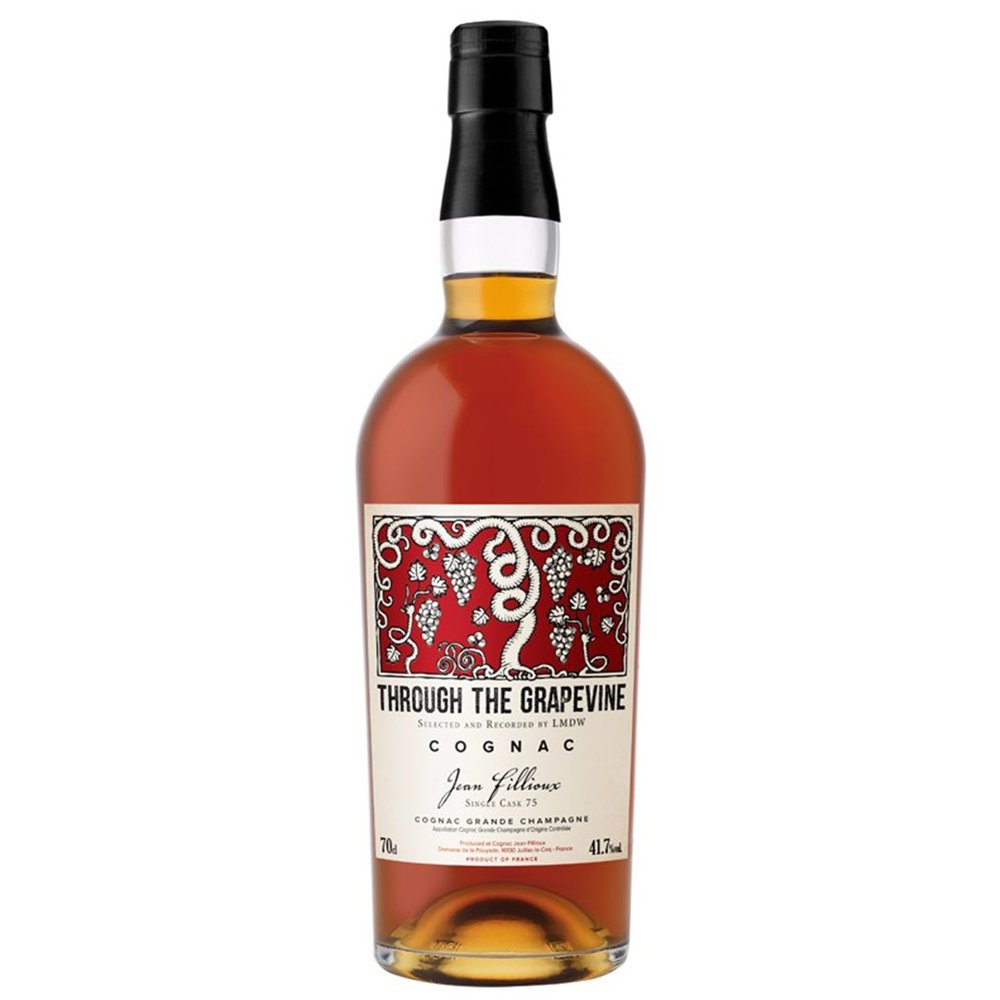 This is a cognac bottled exclusively for La Maison du Whisky (LMDW) in France. The Cognac Jean Fillioux Cask 75 TTG is a single cask release with a total outturn of mere 571 bottles. It is released under the LMDW brand Through the Grapevine (TTG).

Here is a a quote from LMDW:

Located in the golden triangle of Grande Champagne, the Pouyade vineyard has for five generations produced wonderfully full Cognacs from the Ugni Blanc varietal that beautifully illustrate the motto on the family coat of arms, “Climb higher to see further”.... 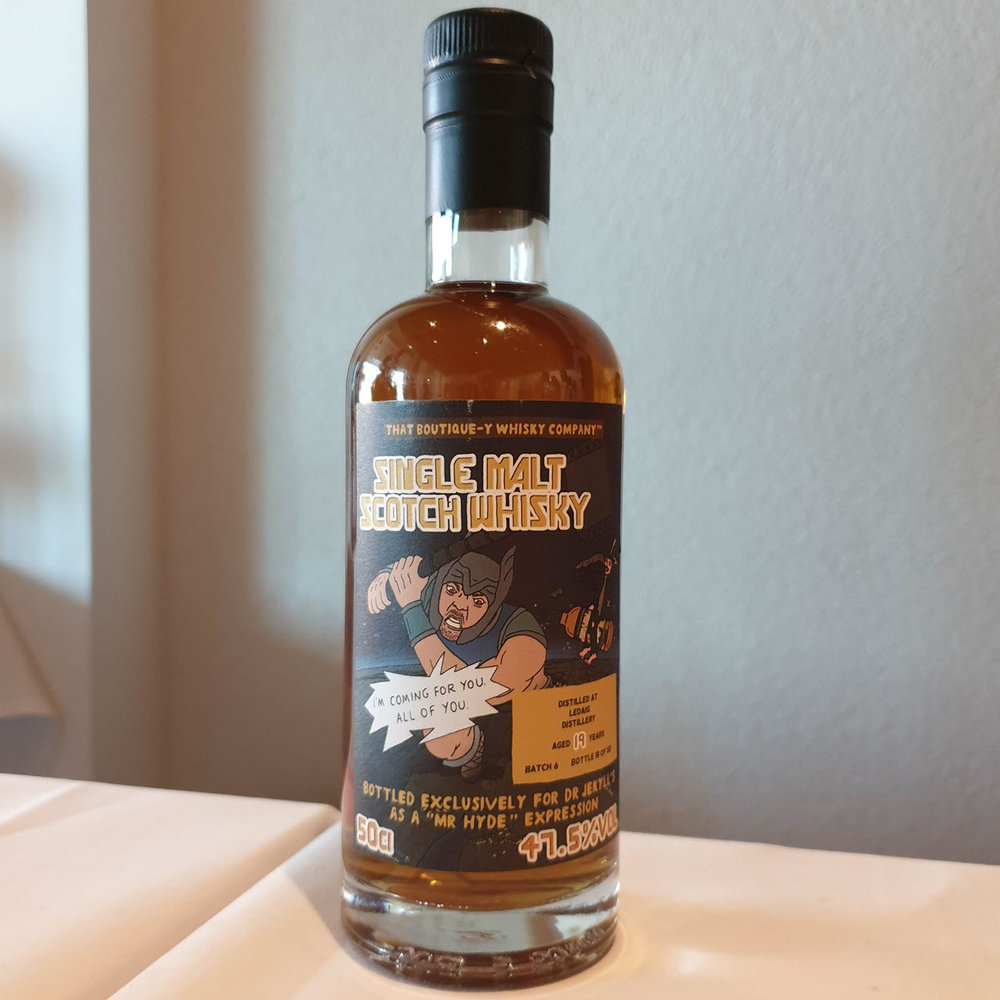 Here is the last of three whiskies bottled exclusively for Dr Jekyll's as "Mr Hyde" expressions. Dr Jekyll’s is a fantastic whisky pub in the heart of Oslo, Norway.

The bottler is That Boutique’y Whisky Company (TBWC). I have previously reviewed the other two whiskies in this series; Japanese Blended Whisky #1 21 YO batch 4 and Islay #2 25 YO .

The Ledaig 19 YO batch 6 has a total outturn of a mere 58 bottles. This leads me to think that we are looking at a partial cask. Ledaig, as most... 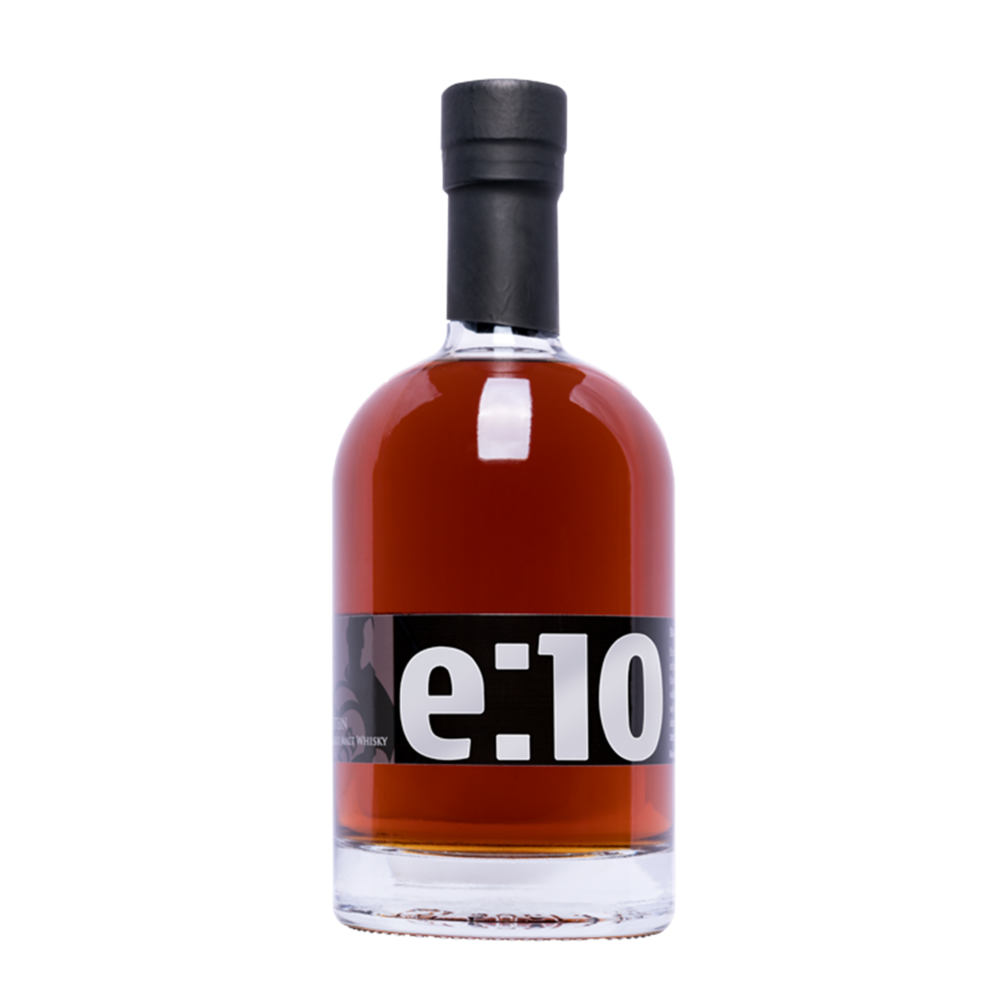 The latest cask strength Edition release from Danish distillery Braunstein is on the test bench today. The Braunstein E:10 is, as the name suggests, the tenth annual release in this series. No age is given, but the whisky is around 8-10 YO by my reckoning.

The Braunstein E:10 has been matured in Oloroso sherry casks, and in casks that have previously held an undisclosed Speyside whisky.

You can buy the Braunstein E:10 directly from the distillery at DKK 1850 . 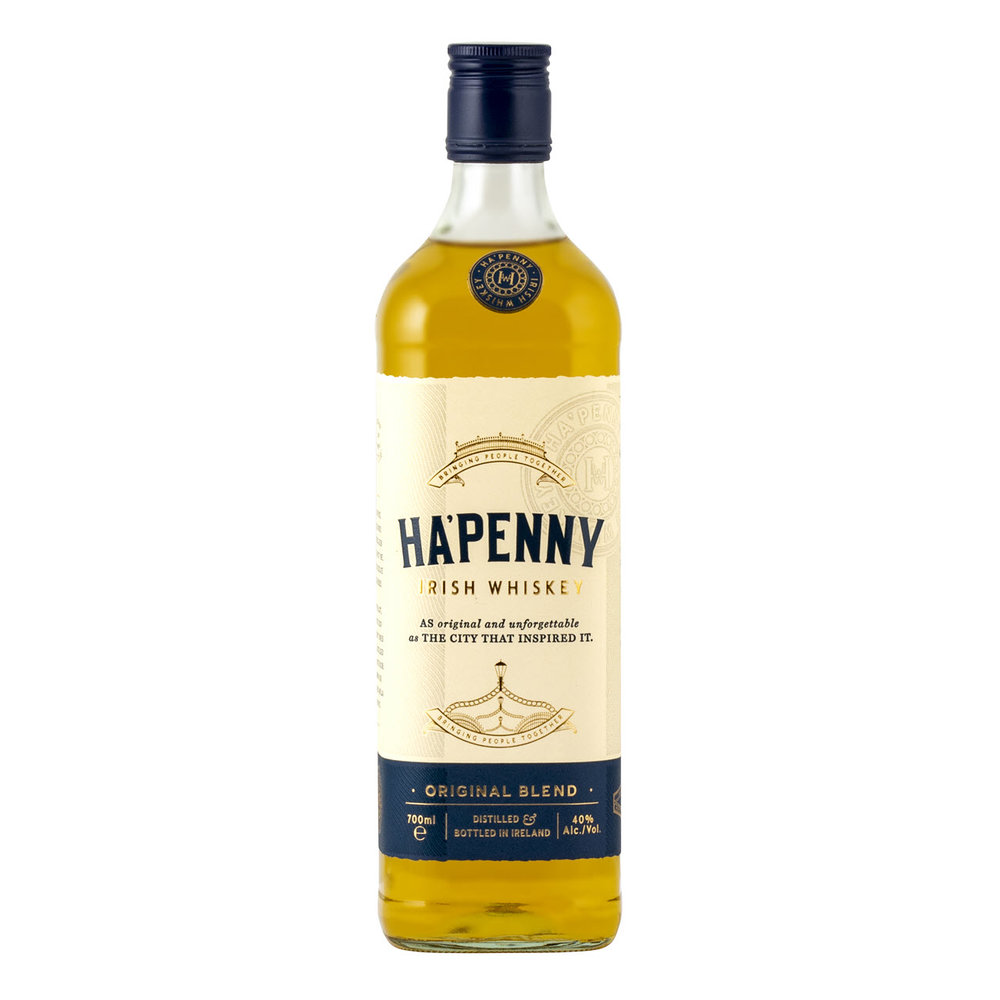 Today I bring you an fairly new Irish blended whiskey. The Ha'Penny Irish Whiskey Original Blend is around 3 - 5 years old, and matured in a mix of bourbon and sherry casks.

This is a product from the Pearse Lyons Distillery in Dublin, Ireland. At least some of the spirit in this product is sourced from other distilleries. 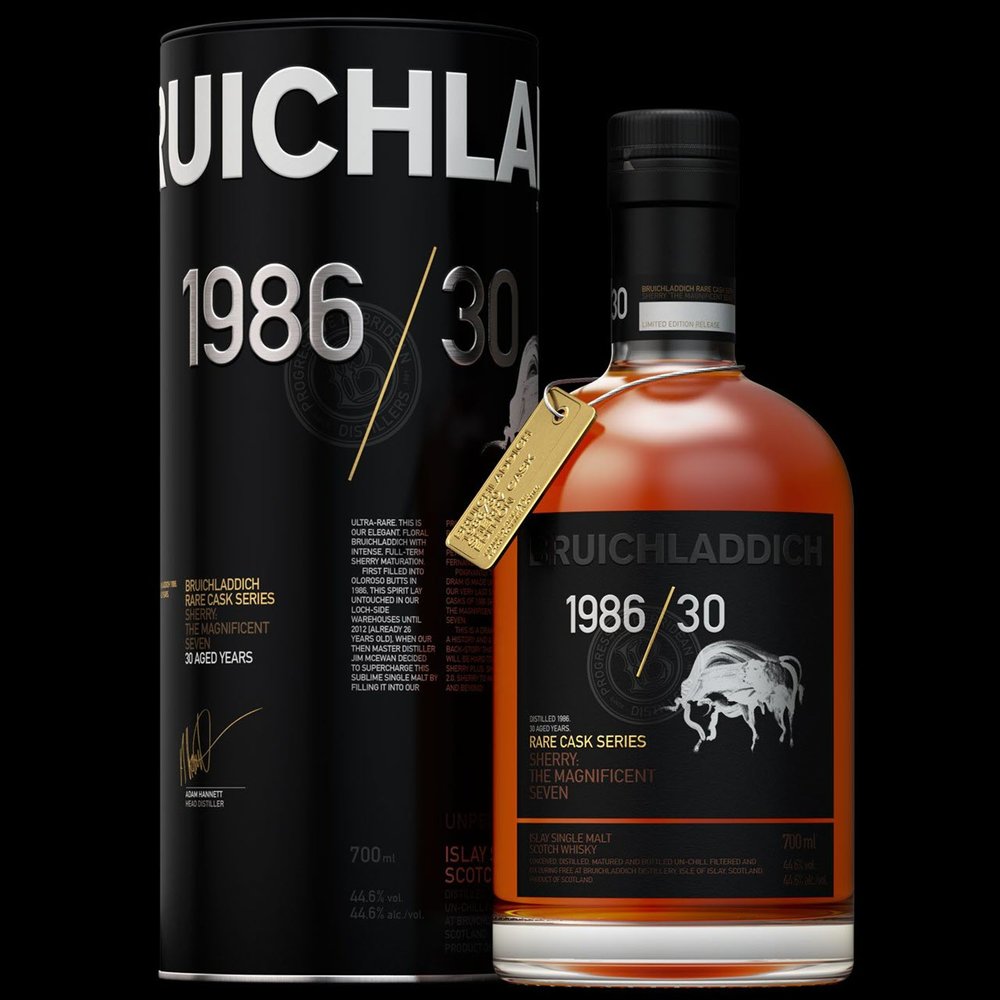 Here is the official blurb :

First filled into Oloroso butts in 1986, this spirit lay untouched in our loch-side warehouses until 2012 [already 26 years old], when our then master distiller Jim McEwan decided to supercharge this sublime single malt by filling it into our privileged parcel of Pedro Ximenez butts from winemaker Jan... 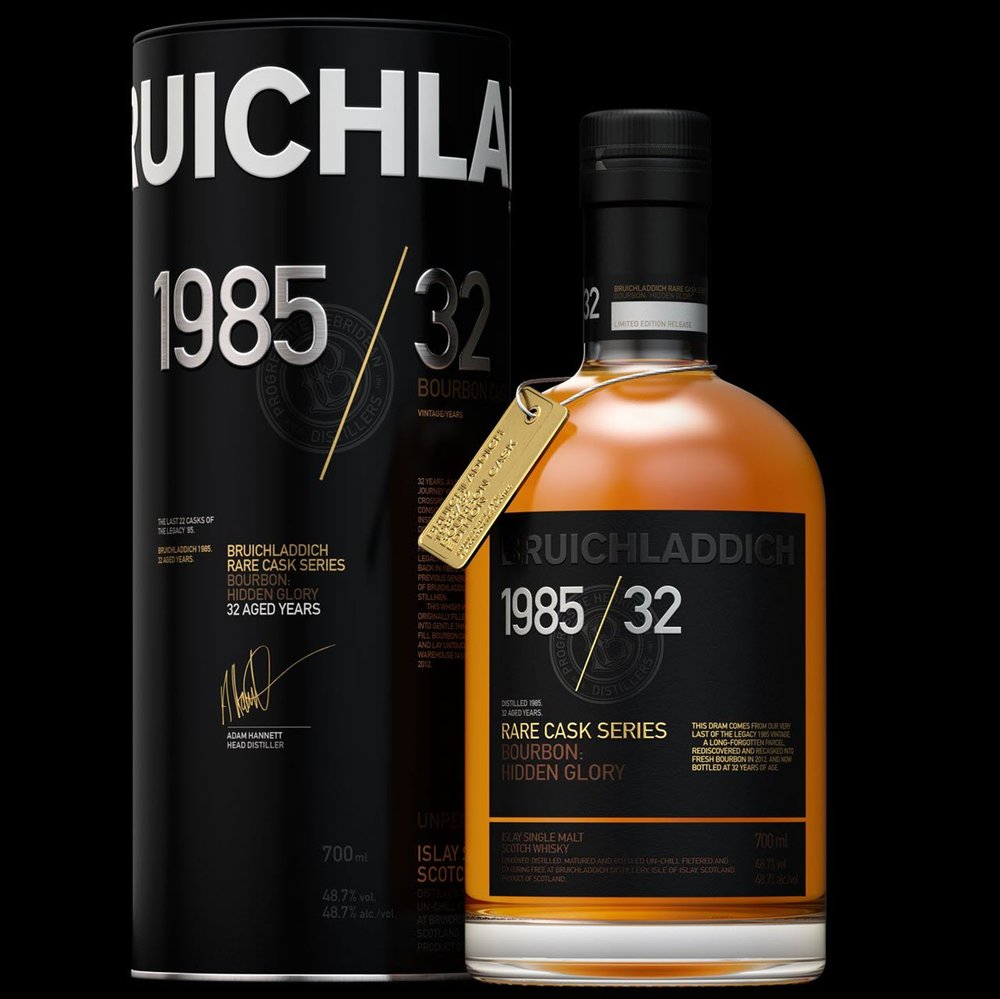 The 1985 comes from the final 22 casks of legacy stock originally filled into gentle third fill bourbon casks that lay untouched until 2012 when it was re-casked into fresh Bourbon before a final coup de grace in French oak from one of the greatest French chateaux.

You can buy the Bruichladdich Rare Cask...

It is that time of year again. Today is Ardbeg Day, and the special release this time around is the Ardbeg Drum. It has been matured in ex-bourbon casks and then finished in ex-rum casks from the Americas.

Ardbeg Day has been a global happening for all Ardbeg fans since 2012. This is part of the Islay Whisky Festival (Feis Ile), which has been going since 1985. A carnival has been part of this celebration of Gaelic literature, music and culture. Since around 2000 the whisky distilleries on Islay have taken active part in the... 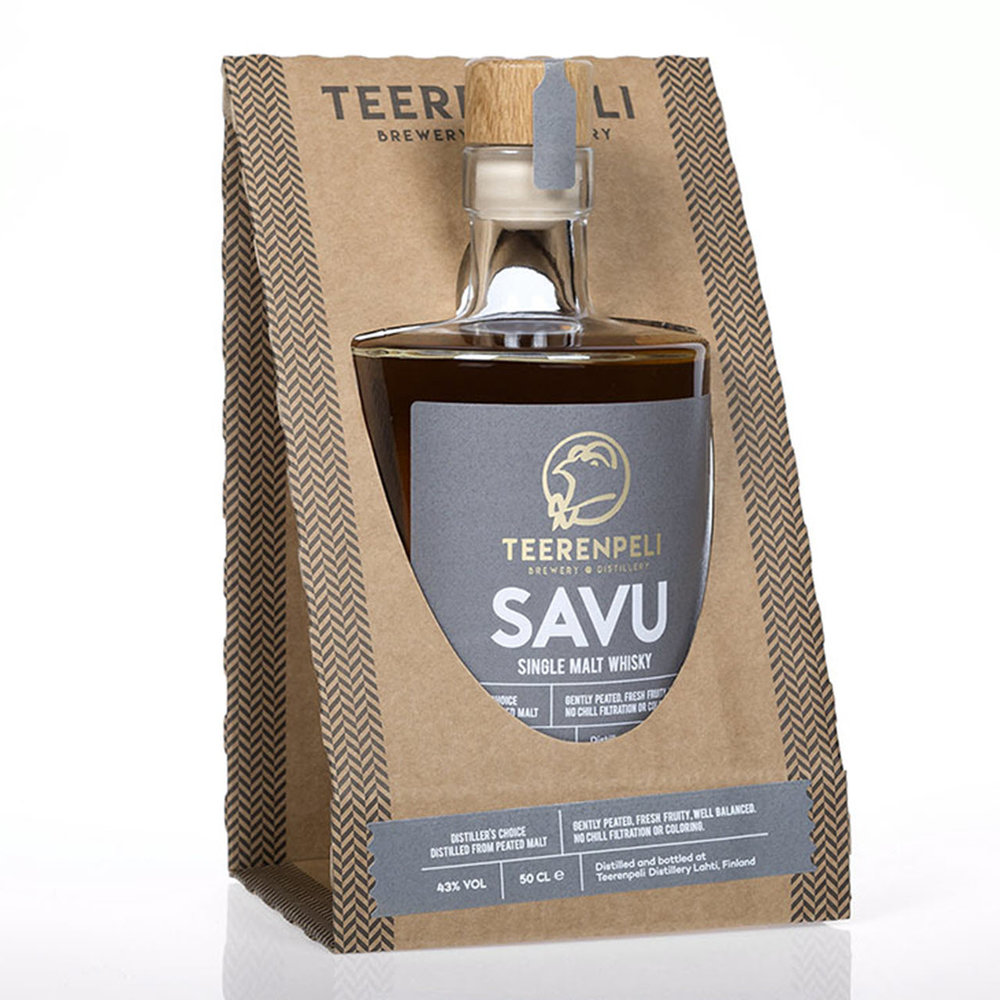 It has been a while, but here I have a new review of a single malt from Finissh distillery Teerenpeli.

The Teerenpeli Savu has been matured in 80 % bourbon casks and 20 % Pedro Ximénez Sherry casks. This marks the first peated release from Teerenpeli. It was launched in late Autumn 2018.

Läs mer about this whisky here .

Nose : Malty with soft wood smoke. The peat is mild and well integrated....

For 10 years now Glenmorangie Distillery have released the series Private Edition, where they push boundaries and show their more creative side. This year’s 10th anniversary bottling, Glenmorangie Allta, truly is quite unique in that it has been produced using a local strain of wild yeast.

The yeast strain was discovered by Dr Bill Lumsden,  Director of Distilling, Whisky Creation & Whisky Stocks  at Glenmorangie. Dr Bill has a background in micro biology and research in fermentation processes. When he was studying Glenmorangie’s own, local variant of barley, Cadboll, in his laboratory he made an exciting discovery. He found the... 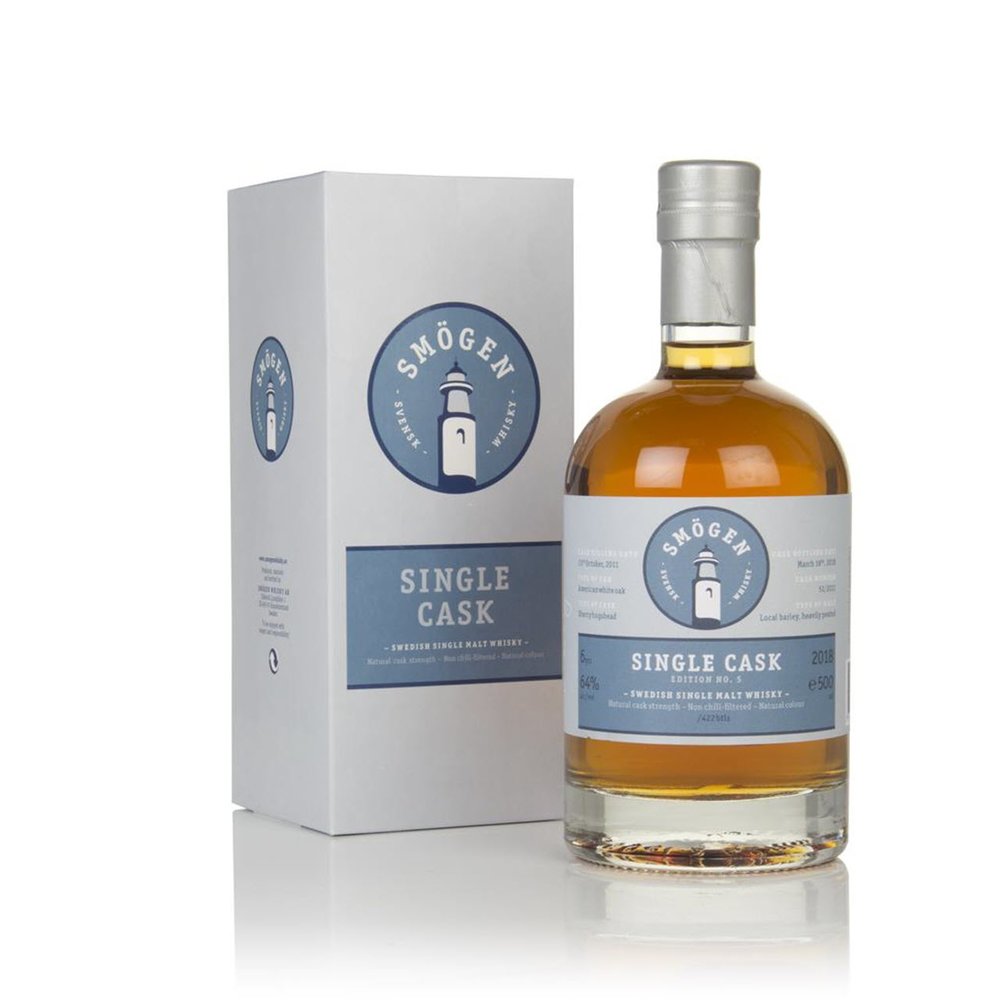 The cask used in this instance was a sherry seasoned cask, and the seasoning was done at the distillery. Here is a quick quote from The Ladies’ Share blog :

“A new cask was filled with Oloroso sherry and held the sherry for six months. Then... 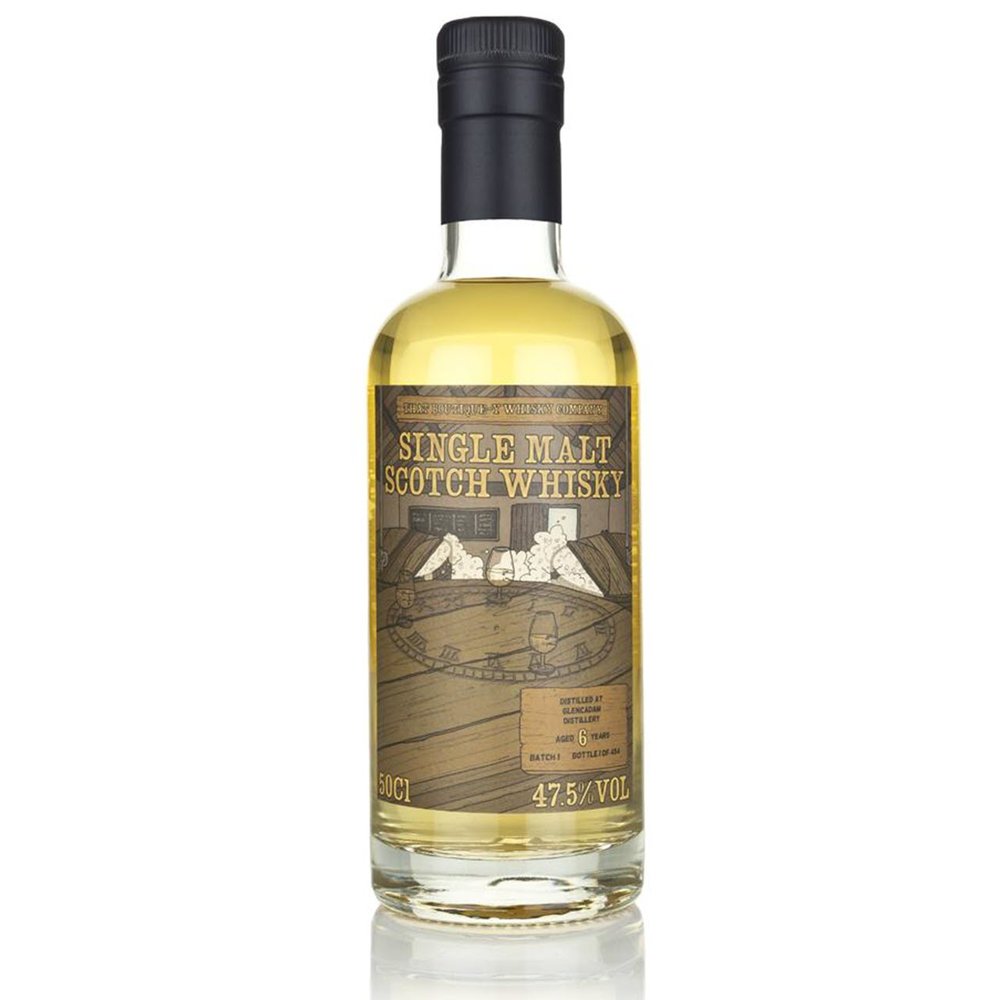 I have tried another recent bottling from That Boutique-y Whisky Company. This is the Glencadam 6 YO batch 1. The outturn was 454 bottles.

You can still order the Glencadam 6 YO batch 1 online at GBP 42 .

Nose : Strawberries and mixed summer fruit cocktail. Light and delightful. Is this really just 6 years young? Green-ish - with notes of grass and hay.

Taste : Medium body and a positive vibe. Not quite as fruity as the nose promised, but still on the fruity side (of an imaginary fruit vs non-fruit war. Go...